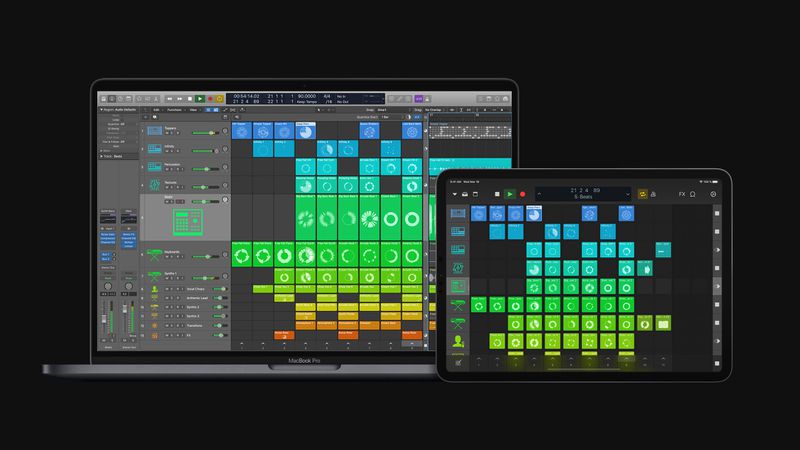 Live Loops allows users to organize loops, samples, and recordings into a new musical grid. From there, tracks can be further refined using all of the professional production features in Logic Pro X. Remix FX enhances Live Loops with a collection of electronic effects that can be performed in real time over individual tracks or the entire song mix.

A free companion app called Logic Remote allows users to pair an iPhone or iPad with their Mac to control and perform Logic Pro X features and instruments. Logic Remote is receiving a major update today to allow triggering of sounds in Live Loops, browsing and adding loops, and applying Remix FX to a session. The app is free on the App store. 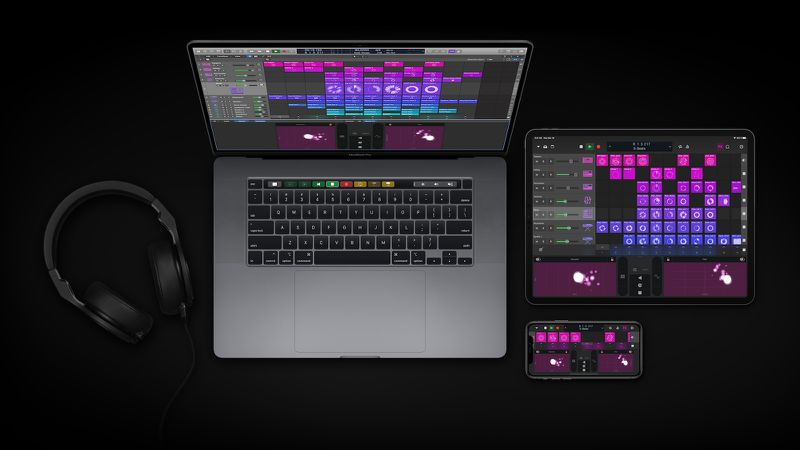 Logic Pro X has also received performance improvements, over 2,500 new loops in a variety of instruments and genres, and more, with Apple referring to version 10.5 as the "biggest update to Logic since the launch of Logic Pro X."

• Compose music by arranging and triggering cells in a grid using loops, samples, and your recordings
• Perform and capture freeform arrangement ideas into the tracks area
• Add Remix FX to perform creative effects like filters, gates, repeaters, and bitcrusher
• Use Logic Remote on your iPad or iPhone to perform Live Loops and Remix FX using Multi-Touch gestures to trigger several loops or effects simultaneously

• Import a single audio file to instantly build a playable sampled instrument
• Quick Sampler automatically identifies the root note, optimal loop points, and matches your project tempo
• Use Slice mode to chop a vocal or drum sample into multiple slices that can be triggered on a keyboard
• Record live samples using a microphone, external hardware, or from any track or bus

• Build your own beats, melodies and effect automation using an interface inspired by classic drum machine workflows
• Create and edit patterns with discrete control over velocity, repeat, chance, offset, step rate, skip and tie for each row
• Use any patch as a sound source, including custom kits made with Quick Sampler and Drum Machine Designer
• Includes a library of over 150 rhythmic and melodic patterns

<< Apple Faces Class Action Lawsuit Over 'Flexgate' Issue With the 2016, 2017 MacBook Pro Displays  | Index |  Apple has added the following 2013 and 2014 models of the MacBook Air and MacBook Pro to its vintage and obsolete products list. >>