Apple today updated its vintage and obsolete product list to designate several 2013 and 2014 iMac models as obsolete. These Macs were previously on the vintage list, but are now considered obsolete and are no longer eligible for repair. 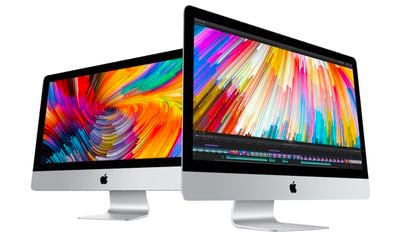 Apple designates products as obsolete seven years after they were last on sale. All hardware service is discontinued for obsolete products, and service providers are not able to order parts for obsolete devices. The 2013 and 2014 iMacs will no longer be able to be repaired with components from Apple.

Apple today also marked the Apple Watch Series 2 as vintage. The vintage products list features devices that Apple stopped distributing for sale more than five years ago and less than seven years ago. Apple provides service and parts for vintage devices for up to 7 years, or as required by law, but repairs are subject to parts availability.

Both the original Apple Watch and the ‌Apple Watch Series 2‌ are considered vintage, with the Series 2 having come out in 2016.

These iMac’s maybe obsolete to Apple but we still support them with new SSD’s making them over 10x faster and we are now able to upgrade the macOS to Monterey 12.6.1